“The Google of
online dating”

“A favorite hangout
for internet goers”

“A perfect example
of the Web 2.0 revolution” 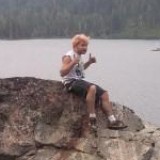 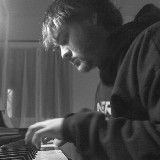 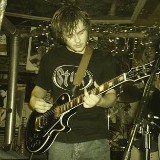 Religion
Atheism and very serious about it

Your notes have been saved!

I am Rock and Roll, mad as hell, and not going to take it.

Hi. I'm Mike, but a lot of people call me "Matlock" It's been my nickname for years and when a third of the population of the universe (and it's expanding, mind you) is named "Mike" you tend to not mind nicknames that much.

I play music. Punk Rock'n-ass Rock and Roll.
And sometimes hip hop; to pay the bills.

I'm also a big-ass nerd. When I'm not playing music I play video games all day and watch shitty movies. I'm really into physics and history, and I watch Professional leauge Star Craft like most people watch their favorite football team.

my myspace is www.myspace.com/masterswordmaster if you wanted to know that or something.
and my AIM is lawnjovi

If you listen to the songs "Leaving Jesusland" and "You're wrong" By NOFX you'll totally get what I'm all about.

What I’m doing with my life

Working fast food (It's Greek to Me), living in a haunted warehouse, writing music, catching Pokemon, trying to tattoo stuff, trying to go back to school.
I build stuff, do basic household maintenance and wiring for fun.

The first things people usually notice about me

"Is that the guy that played Han Solo? No? Of course not, he looks nothing like him."

Back to The Future
High Fidelity
RepoMan
The Search for Animal Chin
Better off dead
Zeitgeist
Sicko
10 Things I hate about you] (shut the fuck up, it rules.)
Fight Club
Anything bloody and scary made before 1990

The six things I could never do without

I spend a lot of time thinking about

Why the fuck my cats always putting his ass all up in my face and shit.

On a typical Friday night I am

The most private thing I’m willing to admit here

I wish I were a lesbian.

You should message me if

You can move this box!

The Music Tests contest has lots of great contestants. Take them, rate them, share them and have fun!

Or, write a test for next week’s contest

Due . Our Geeky contest is open for entries, so write a test, enter it, and win a prize!

We’ll add that to your list of things to do if you decide to join up.